This is a combined operation which includes both restrictive (gastric volume reduction) and malabsorbtive (reducing nutrient absorption in the small intestine) components. Weight loss is achieved by the formation of a small ventricle from which food gets into the jejunum. Through another loop, comprised of duodenum and the proximal portion of the jejunum, enter the bile and gastric juice, mixing with food in the distal jejunum.This reduces not only the amount of food consumed but also the absorption of nutrients, leading to a stable weight loss, along with a regression of diseases constituting metabolic syndrome. 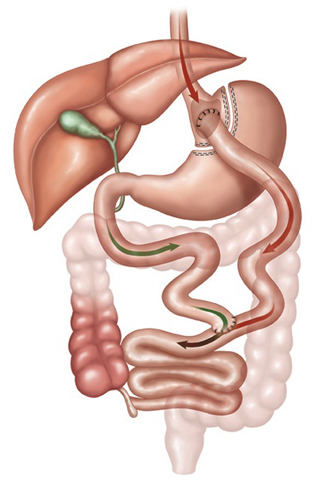 How is gastric bypass surgery carried out?

Surgical methodology in this case is comprised of the following stages. Initially, a minor part of the stomach is formed into a so called “small ventricle”, about 20-30 ml in volume, while the remaining, larger portion of the stomach is not excluded from digestion, so that substances produced by mucous flow into the duodenum, mixing with the enzymes and bile. This is accomplished by the use of a suturing device, which simultaneously sews and dissects the gastric wall. The next step consists in the superimposition of anastomosis (connection) of the “small ventricle” with the “alimentary loop” of the small intestine (part of the small intestine through which the food passes but is not mixed with pancreatic enzymes and bile, its length:150 cm). After that, the “alimentary loop” is connected to the loop through which pancreatic enzymes and bile flow, its length: about 50 cm.

This type of surgery has two basic effects. First, it limits to a large extent the volume of incoming food, and, second, owing to the delayed blending of food with enzymes, it hampers nutrient absorption. In addition, as a result of the rapid inflow of carbohydrates into the small intestine, they actively stimulate special cells located in the intestinal wall and cause the production of insulin, which has a positive effect on the blood glucose level (effect on type 2 diabetes).

How do we lose weight after this operation?

Weight loss after gastric bypass surgery is fairly quick and efficient. To cope with the process of active slimming, it is necessary to compensate for the loss of protein and feed on protein shakes and foods rich in protein.

Weight loss is bound to occur in stages, so after a period of intensive weight loss a plateau is reached when for a few weeks there is no change. No need to get upset and take it that weight loss has stopped. What we have here is a transient redistribution in the ratio of muscles to adipose tissue, and after 3-4 weeks the weight will start to tail away again.

After gastric bypass surgery the stomach volume becomes very small, about 20 ml, so you need to eat small meals 5-6 times a day. This diet provides a complete absorption of nutrients from food. During the first month, solid foods should be avoided, the diet should comprise bouillon, cream soup, protein cocktails etc. Food should be rich in protein, which promotes rapid healing of wounds and recovery of the body. The minimum amount of protein for women is 50 – 60 g per day, and 60 – 70 g for men.
It is also important to drink plenty of water. After gastric bypass surgery the patient should drink within 20-30 minutes either before or after a meal. The intake of liquid during a meal can lead to bloating, lower nutrient absorption, vomiting syndrome, or premature downthrow of food into the duodenum.

You must not drink sweetened beverages, especially if they are carbonated. Neither is it desirable to consume caffeine-containing beverages, as they obstruct the absorption of vitamins and iron, which may work towards anemia.
Alcohol is contraindicated, especially during active weight loss. This is due to the fact that lipolysis (breakdown of fats) results in the formation of free fatty acids, which themselves have a toxic effect on the liver, and alcohol will only exacerbate the damage. On top of that, alcohol is a high-calorie product and it can increase your body weight.

Necessity of additional drugs after surgery

After gastric bypass surgery (in contrast to gastric banding) the absorption is disrupted of vitamins and minerals so that the several ensuing months are marked by an express shortage thereof. The lack of vitamins and minerals is a complication in its own right and can lead to body malfunctions. Therefore,  after this surgery, especially during the first few weeks, you need to take multivitamins and minerals.
It would be wise to acquire in good time all the necessary medicines as recommended by your doctor.
The best solution for you will be multivitamins with minerals. Over the course of the first two months stick to soluble or chewable vitamin complexes.
Calcium – may be taken in isolation or as part of a multivitamin complex.
Apart from the above, iron supplements should be taken; however, they are only required for menstruating women – it is important to control from time to time the level of iron in the blood.
If you have undergone gastric bypass surgery, taking vitamins and minerals will be your lifelong necessity.
To avoid nausea, vitamins should be taken on an empty stomach: this especially goes for iron.
Do not take with drugs with calcium and iron together, the intermission should take at least four hours: calcium can amalgamate with iron, resulting in a deteriorated absorption of iron.
Vitamins should not be swallowed with tea, coffee or cola. 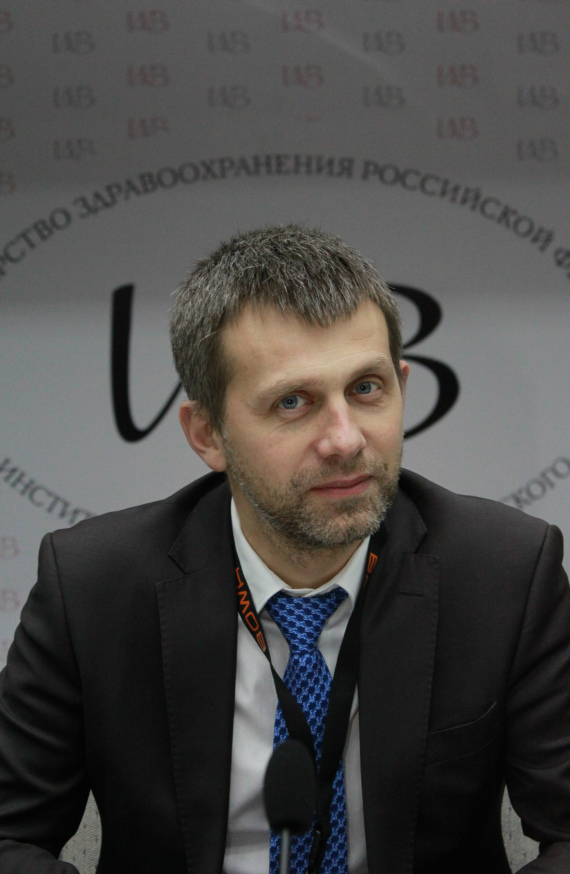